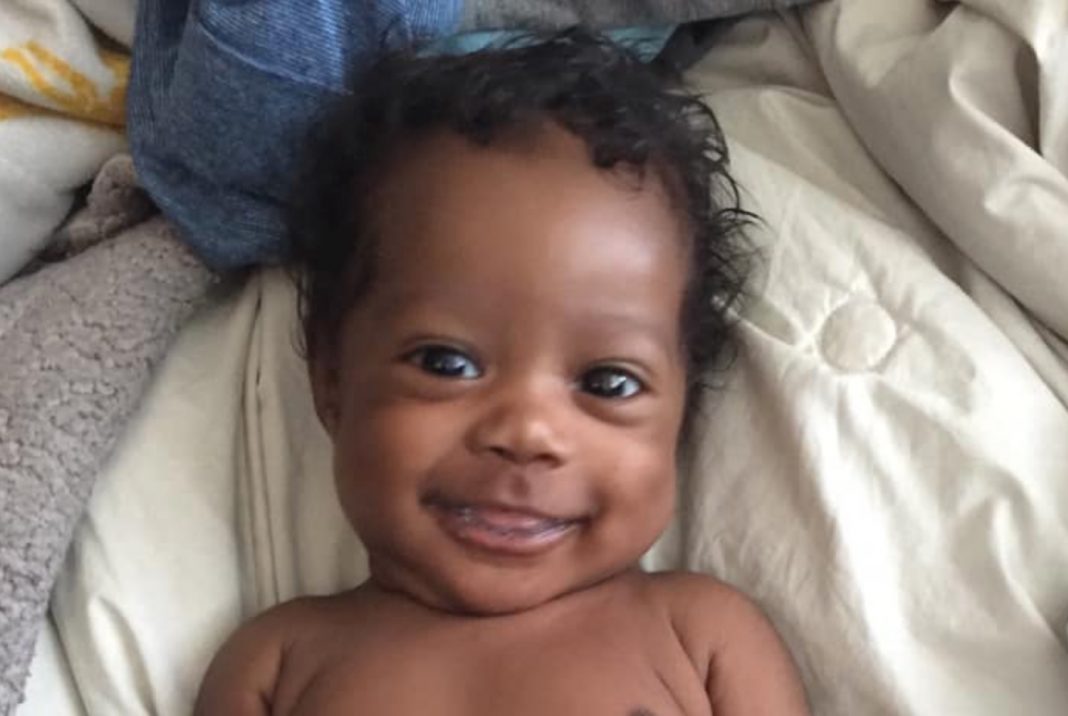 Shared with permission from his mother, Raja-Nee Keys.

Zedikiah was born 09/27/2018. Minus a lot of pregnancy complications for me, he was perfectly healthy. 5lbs, 15.5 oz, 18 inches long. Zedikiah attended a 3 day visit after birth, his 2 week newborn screening, and was up to date thus far.

We took Zedikiah to his doctors appointment on 12/10/2018 where he was now weighing in at 9 lbs, 2 oz’s, 21 inches long, head circumference 15. He was on the 1 percentile for his weight and 30 percentile for his height. He was small, but perfectly healthy (neither of us, mom or dad or big).

Zedikiah seemed perfectly fine, with just the usual crying they say babies will have. We did not need to give Zedikiah medicine as he did not develop a fever.

Leading up to the day of his passing, Zedikiah seemed a little more sleepier and didn’t poop since the day he received his shots. That evening was a regular evening. I get home about 6:00pm from work and take over. Zedikiah and I played for a bit, I fed him and changed him, then we played some more. Zedikiah eventually got tired so we laid him down. Kiah did not like sleeping on his back and could not fall asleep that way so we would lay him on his stomach and pat his back. He fell asleep about 9:00pm.

Dad and I just hung out for a bit, watching movies until about 1:00am. We checked on Kiah before we went to bed and he was sleeping so peacefully. All through the night I kept tossing and turning. Something was telling me to check on Kiah. I looked over at him and he appeared to be sleeping so I fell back to sleep.

My alarm woke me up at 7:30am to get ready for work. I got up and grabbed Kiah as I always do to make his bottle and his body was stiff, cold, and blue. I screamed so loud. His dad and I screamed and called the police. It was horrific. I will never forget that horrible day.

I believe Kiah passed from his shots. He was even late getting his shots because we had originally missed the first appointment. He was doing perfectly fine without his shots then 6 days after he receives them, he passes?

A fundraiser has been set up to pay for Kia’s services, and to perform additional testing.