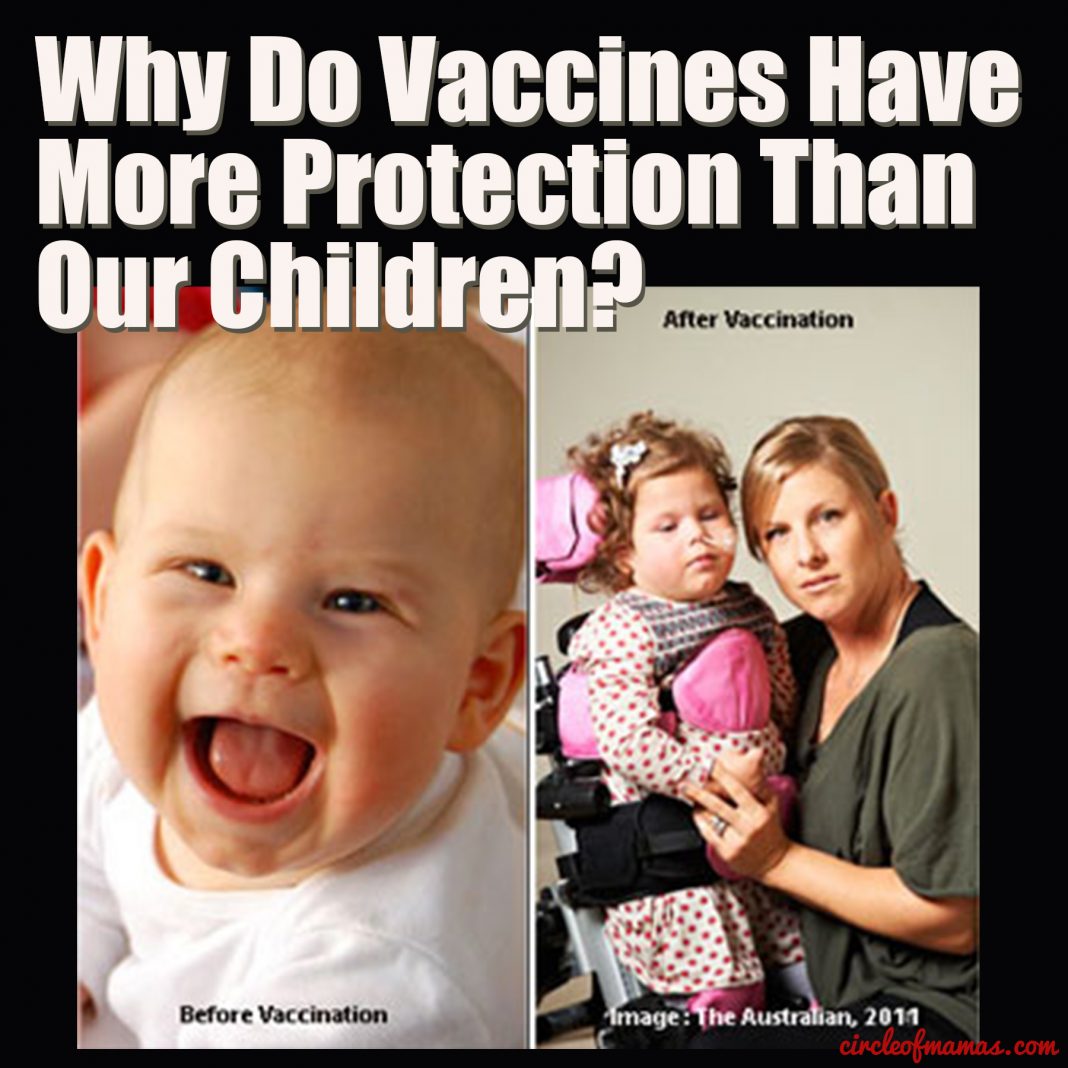 Vaccine Injuries Are Not Rare

Vaccine injuries are not as rare as you think. Children and adults alike have been injured by vaccines for decades, but parents are often met with hostility and ridicule. Why? Why do vaccines have more protection than our children?

Too many times, parents are blamed for vaccine injuries….”It’s genetic. They were born that way.”

But in 1982, all that changed when DPT Vaccine Roulette premiered on primetime TV. The program contained interviews with parents telling stories of vaccine injuries, including severe brain damage, seizures and delayed mental and motor development after their children were vaccinated with the DPT vaccine.

Suddenly, parents around the world realized they weren’t alone, they weren’t crazy. They started filing law suits against the vaccine manufacturers:

“Between 1978 and 1981 only nine product liability suits were filed against DTP manufacturers but by the mid-1980s lawsuits rose to over 200 per year.

The lawsuits destabilized the DTP vaccine market, causing two of the three manufacturers to withdraw, leaving only Lederle Laboratories, which estimated its tort liability exceeded its annual sales by a factor of 200.”

Because of so many damage suits, vaccine makers threatened Congress they were going to stop producing vaccines altogether. So in a bold move, President Ronald Reagan hesitantly signed the National Vaccine Injury Compensation Act in 1986, which basically removed all liability from the vaccine makers, granted them immunity, and pushed any civil action to a “vaccine court”. The fund is paid for by an excise tax added to each vaccine dose, paid for by tax payers. Also, it’s a no-fault system, so vaccine makers don’t have to admit their product caused an injury, even though the Supreme Court ruled that “Vaccines are unavoidably unsafe”.

Without any liability, vaccine manufacturers had little incentive to make a safer product. But because of the glaring problems with DPT, and so many other nations were abandoning that vaccine because of its devastating injuries, the USA followed suit and phased in the acellular version, the Dtap, in the mid 1990s, right about when we see a sudden, curious drop in SIDS cases, even before the “Back to Sleep” recommendation was put in full force. Since 1988, over 20,215 petitions have been filed with the VICP. Over that 30-year time period, 17,627 petitions have been adjudicated, with 6,358 of those determined to be compensable, while 11,269 were dismissed. Total compensation paid over the life of the program is approximately $4.0 billion.

The DPT vaccine is still being used in developing countries, and it is still causing unnecessary deaths and injuries worldwide.

The Introduction of Diphtheria-Tetanus-Pertussis and Oral Polio Vaccine Among Young Infants in an Urban African Community: A Natural Experiment