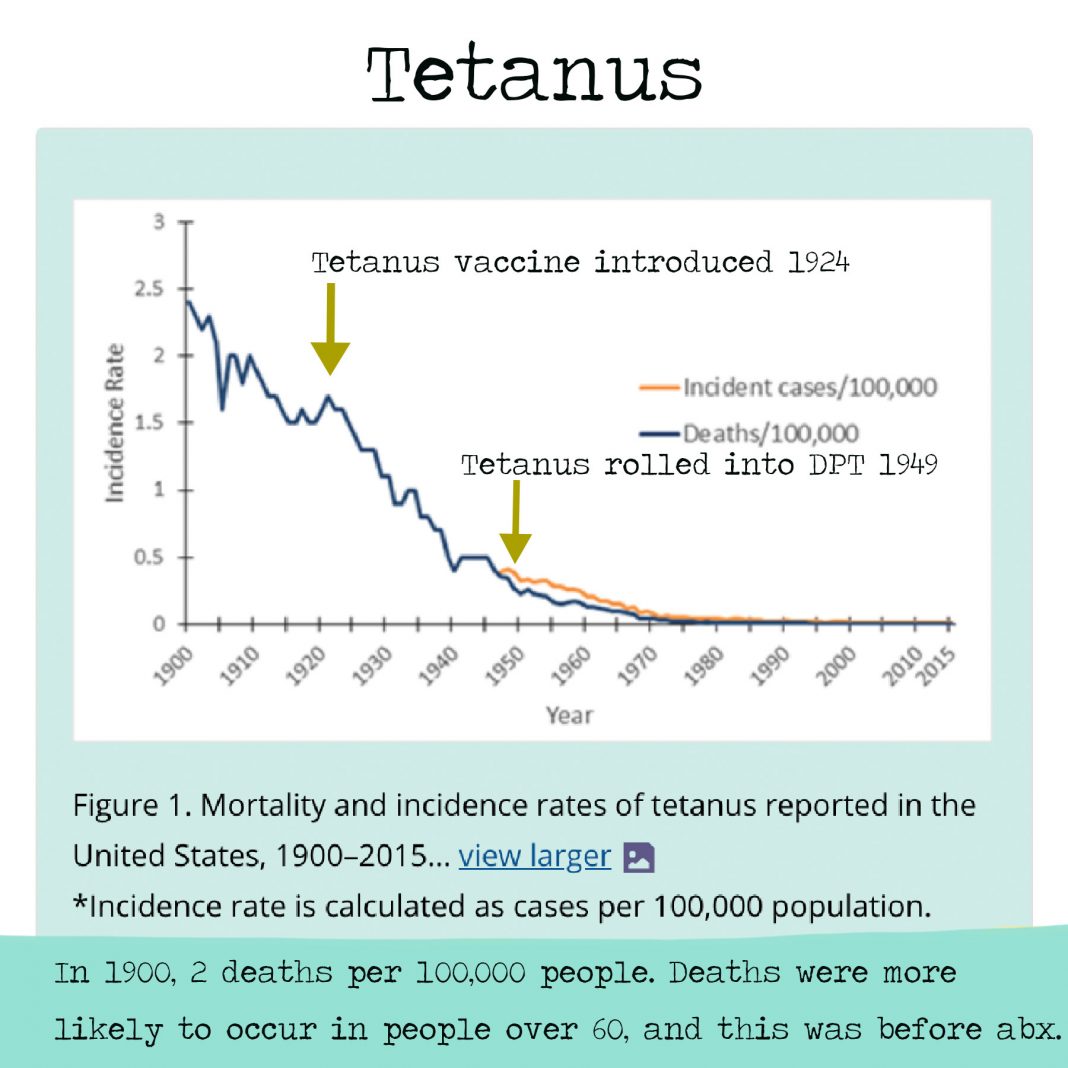 I’m not an epidemiologist. But if I was, I would look at every part of the picture and see how everything connects.

Like, why does no one mention the giant lifestyle shift from farming to suburbs as a reason for the decrease in incidence in tetanus? Why do we not talk about antibiotics and improvements in cleaning wounds? What about improvements and hygiene in the birthing process, and cleaning instruments appropriately and hand washing? It’s not very scientific to assign all credit to one intervention, when there were numerous interconnected shifts happening at the same moment. If you want to understand life and living organisms, then look at all of it.

Why don’t we talk about how most tetanus deaths were people over 60 (and we are talking about 1 or 2 deaths per 100,000 people which is not gigantic).

Also don’t interpret vaccine “introduced” for 100% vaccine uptake. When the DPT first rolled out in 1949, it had a coverage level around 55%. The tetanus shot would have been lower.

And how does a shot in a baby prevent a death in an over 60 year old?

Did you know that in developing countries, in countries that have rigorous vaccination programs, there are still thousands of tetanus deaths in the first month of life, due to poor birth practices.

How could a vaccine given at 6 weeks prevent a death that happens before 4 weeks?

This isn’t misinformation. These are sincere questions. Please, people, DO YOUR JOB.