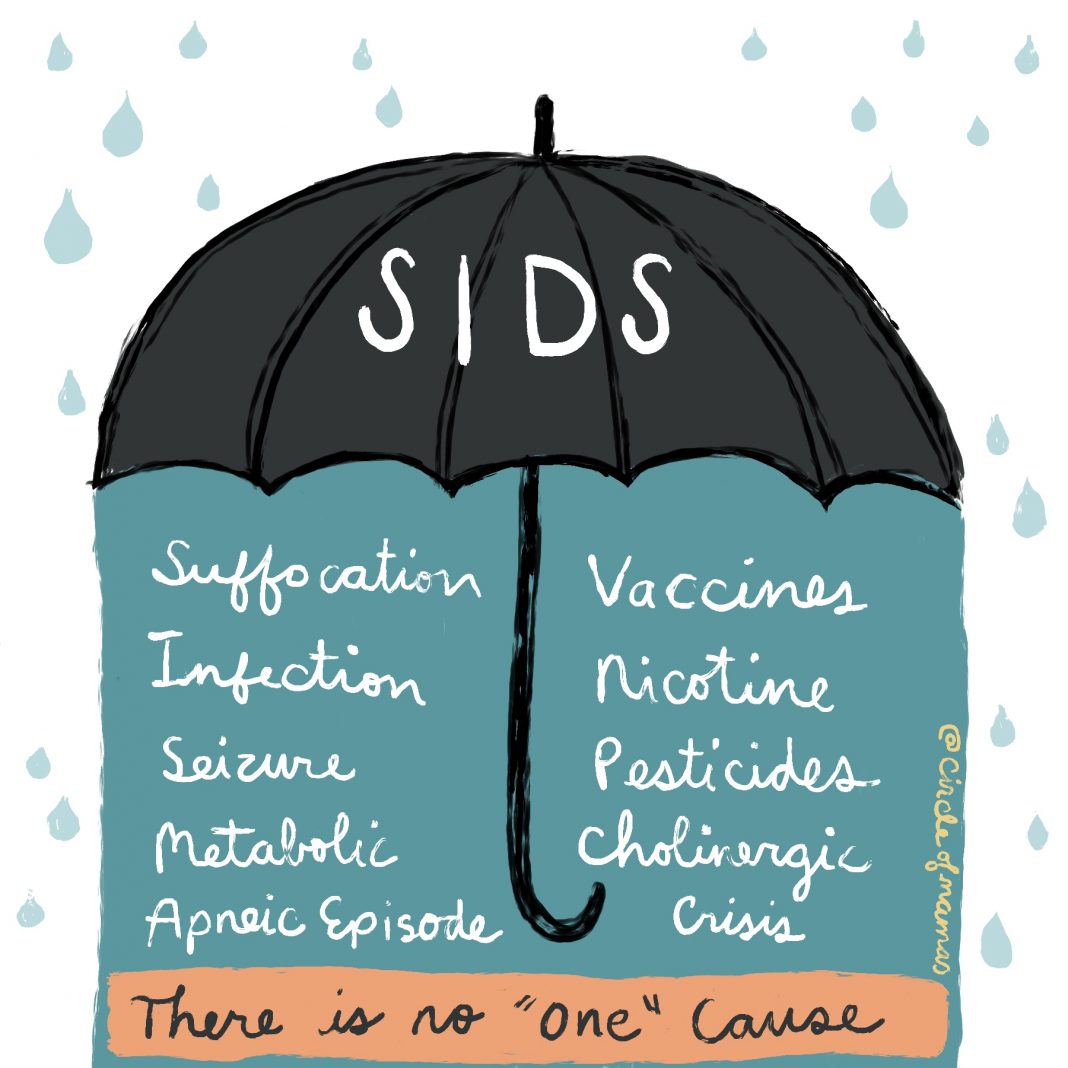 In the 50s and 60s more and more cot deaths, crib deaths. Parents were NOT satisfied with the pneumonia diagnosis: Their children weren’t “sick”. Many of them had JUST BEEN TO THE DOCTOR, and were declared perfectly healthy.

Parents wanted their infant deaths to be studied, recognized: The government created the SIDS ICD code in the early 1970s. Problem is, this became a catch all term for any time an infant was found dead. Suffocation deaths dropped, became SIDS. Bronchopneumonia became SIDS. Even infanticide in some cases became SIDS. Many unexplained, septic shock, many causes grouped into one category. This poses an issue for later studies trying to examine vaccine effect.

People, doctors, studies told you vaccines couldn’t possibly cause SIDS, but they were wrong.

Case-controls will NOT detect vaccines effect on SIDS, because the controls are by definition a selective group of infants who can survive vaccination. [Also SIDS infants should not be presumed to be dying from one, singular mechanism—that is a mistake, and the reason we have not solved the “mystery” of SIDS.]

We know that the majority of infants do “survive” vaccination. But the ones who do die after vaccination, are dying FROM vaccination.

Out of between 3 and 4 million live births every year, we have about 3,600 infants under the age of 1 who die suddenly and without apparent cause, even after a postmortem examination. This does not mean there are no pathological features, however. There are an enormous amount, and they do signify an immunological, inflammatory process for a majority, that causes a multiple system crisis that results in periods of hypoxia and neuronal cell death.

Over 1 year of age there are another 500 or so children who die suddenly and unexpectedly. We can not stand by and let this cover-up continue.

Now, why aren’t these postmortem examinations more thorough? Why aren’t doctors reporting these deaths to VAERS?

[I will add links / sources later, if you require any help, please don’t hesitate to message me circleofmamas@gmail.com]