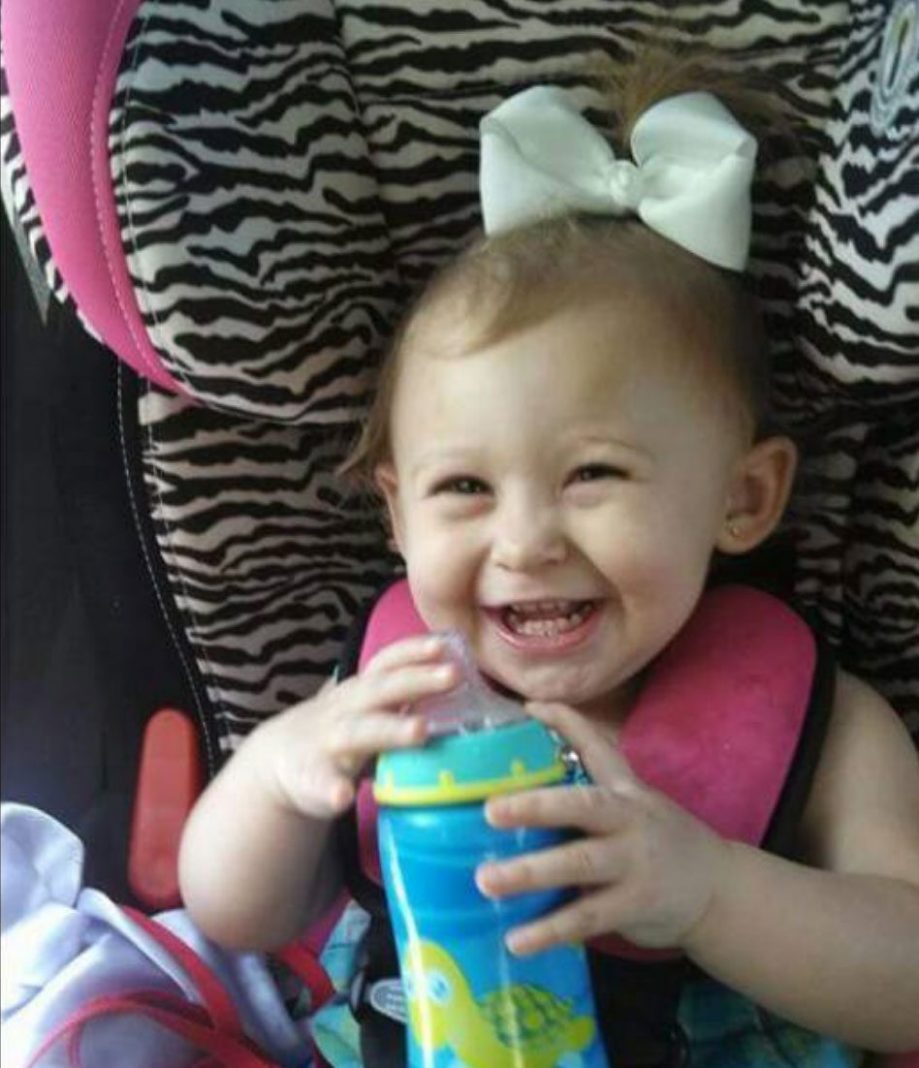 Shared from her mother, Nika Thomas.

“Amiah received her one year shots 14 days after she turned one. She did fine after those shots.

I brought her in for her 15 month check up on May 15th. All it was supposed to have been was a check up. They informed me she was due for her shots. It didn’t sound right to me, due to the fact she JUST received shots. I told her doctor she just got her shots and I didn’t feel comfortable with her getting more so quick. He then informed me that it was a must. It was then my ex husband said ok and gave consent.

She received a different shot. One was the DTaP ( Amiah received that one at 6 months and had a seizure). My little MyMy seemed to be fine that day, just warm and fussy. I laid her down for bed about 10:00 that night. She slept through the night which was normal, but woke up about 6:00 AM fussy. I got up to make her a bottle and to see if she was still feeling warm.

She drank her bottle and talked in her bed until about 6:45-7:00 AM and then fell back to sleep. I then woke up about 9:15 because Amiah never slept past 9:00 and usually was up about that time. Something just didn’t seem right to me so I go in to check on her about 9:30 AM.

When I looked in her crib, my baby was already blue and purple. She was ice cold and her body was already stiff.

I had requested for an autopsy, it came back within a week and a half with them saying she passed away from SIDS.

Amiah was my angel. She was born February 13, 2013 and passed away May 16, 2014. She had saved my life and made me into the person I wanted to be. She was the most happiest baby anyone has ever met and never cried or fussed. She was perfect and healthy.

My sweet angel oh how I miss you, words could never explain this.
Happy 5th birthday my sweet sweet little Amiah!! I’ll be lighting a candle for you.”