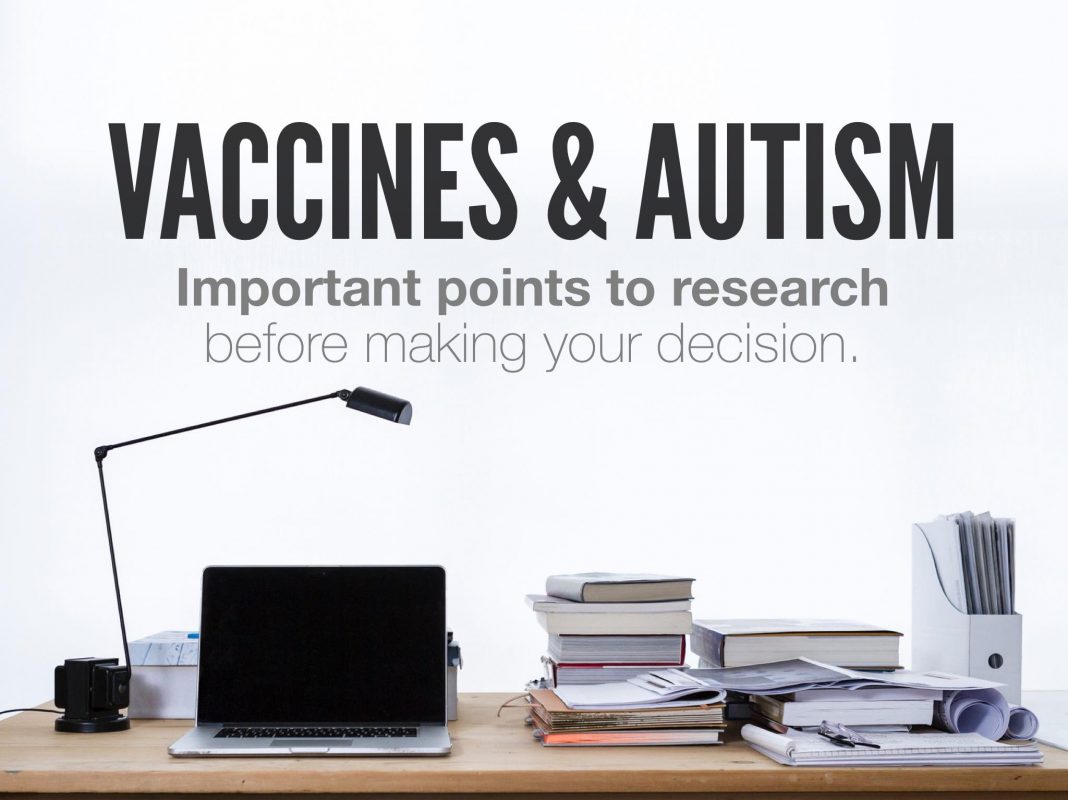 Can Vaccines Cause Autism?

Shared with permission from Ashley Everly, Toxicologist and author/creator of ThinkLoveHealthy and Vaccine.Guide.

The CDC made their claim decades ago and shut the door to more research. Yet, independent research on vaccines and vaccine ingredients is ongoing… do you know what it says?

As a toxicologist and a mother of a child who was developmentally delayed and exhibited all the signs and symptoms of autism, this issue has been deeply important to me to consider in my own research. This is what I’ve found:

?? Autistic children are known to accumulate/harbor aluminum. One study found enormously high levels of aluminum in the brains of individuals who died with autism. (We also know that this happens with individuals who die with Alzheimer’s, a neurodegenerative disease.)

?? Another study found that 98% of autistic individuals have at least one MTHFR mutation – which means they struggle to detoxify and eliminate neurotoxic substances like aluminum from the body, much more than individuals who do not have this mutation.

?? MTHFR mutations have been linked to an increased risk of adverse events from vaccines, in at least one study.

?? Aluminum is a neurotoxic metal. When it reaches the brain, it tends to be deposited in the cerebellum.

?? The cerebellum is the most frequently disrupted brain region of individuals with autism.

?? Aluminum is an ingredient in the Tdap vaccine which is now routinely given to pregnant mothers. Aluminum given to the mother can cross the placenta and accumulate in the unborn fetus.

?? Aluminum is an ingredient in many pediatric vaccines: Hep B, Hep A, DTaP, pneumococcal, Hib…

?? Aluminum is in vaccines in the form of an adjuvant. The purpose of an adjuvant in vaccines is to provoke the immune system to attack the contents of the vaccine. The very nature of an effective adjuvant is that it is harmful or toxic enough to trigger an immune response.

?? There is no known safe limit of injection of aluminum adjuvants. It has never been scientifically or experimentally determined.

?? Aluminum adjuvants were originally considered “safe” without actual testing for what would be a safe amount to inject, because aluminum compounds were put on a “Generally Recognized As Safe” (GRAS) list back in the 1970s. When it comes to vaccines, the amount used is based on efficacy, NOT safety.

?? Based on the only limit that exists – not for an intramuscular injection of a vaccine, but an FDA regulation on parenteral IVs given to premature infants which is set at 4-5mcg/kg aluminum per day – children are receiving far more aluminum in one “well-child visit” than is considered safe to prevent central nervous system toxicity.

?? Published research by independent scientists, immunologists, toxicologists, and doctors (not paid for by the industry itself) has confirmed the above, that aluminum adjuvants can cause neurological damage and cognitive deficits at the levels in vaccines.

?? While the human body can be quite capable of dealing with aluminum we ingest (we only absorb 0.4% of the aluminum, the rest is excreted), we absorb 100% of the aluminum injected into the body. Basic toxicology: Toxicity is dependent on dose AND route of exposure! Routes of exposure: ingestion, inhalation, dermal, injection (intraperitoneal, intramuscular, intravenous).

?? We do NOT readily excrete injected aluminum. In one study it was found that 94% of the aluminum injected via vaccine/intramuscular injection remains in the body after 28 days.

?? We are repeatedly injecting babies with neurotoxic levels of aluminum on day one of birth (more or less neurotoxic depending on the child), then every two months until 6 months, during the most critical neurodevelopmental phases of their lives, and beyond.

?? The amount of aluminum in vaccines has risen dramatically since the 80s, along with autism rates.

?? While our own federal government refuses to perform a study comparing the health of vaccinated children to unvaccinated children, they have financially compensated families of previously healthy and normally developing children who regressed into autism following vaccines via the Vaccine Injury Compensation Program.

?? Hundreds of thousands more families who have personally experienced it, risk being treated as less than human, in order to warn others and protect our children from harm.

…….. Research the above and tell me it’s not true?

While the amount of aluminum injected is not enough to cause immediate and obvious visible or noticeable harm in all children, all children are adversely affected. Chronic, low dose toxicity is often much more harmful than we expect. As aluminum accumulates in the body, it becomes more difficult to cope with its toxic effects. It has been found that it can take weeks, months, or even years for the internal damage to visibly manifest.

? Note: this does not nearly cover all of the research on aluminum, vaccines, vaccine ingredients & contaminants (e.g. glyphosate and aborted fetal cell DNA), and other toxic exposures, and how they can impact the brain and contribute to the development of autism. Vaccines are not the sole cause of autism. It is a combination of variables, genetics included. However, the biggest factor is neurotoxic exposures during critical neurodevelopmental phases. This is why vaccines are highly influencing the increasing rate autism, and why a neurotypical, healthy child can develop autism following routine scheduled vaccinations.

Biopersistence and Brain Translocation of Aluminum Adjuvants of Vaccines.
https://www.ncbi.nlm.nih.gov/pmc/articles/PMC4318414/

Toxicity of gestational aluminum exposure to the maternal rabbit and offspring.
https://www.ncbi.nlm.nih.gov/m/pubmed/4049399/

Studies Implicate Early Injury to Cerebellum as Major Cause of Autism.
https://www.autismspeaks.org/science/science-news/studies-implicate-early-injury-cerebellum-major-cause-autism

I wrote the following three articles, please read the links to research contained within them:

Why you can not compare the amount of aluminum in breastmilk to vaccines.
https://thinklovehealthy.com/2017/07/28/why-you-cannot-compare-the-amount-of-aluminum-in-breastmilk-to-vaccines-2/